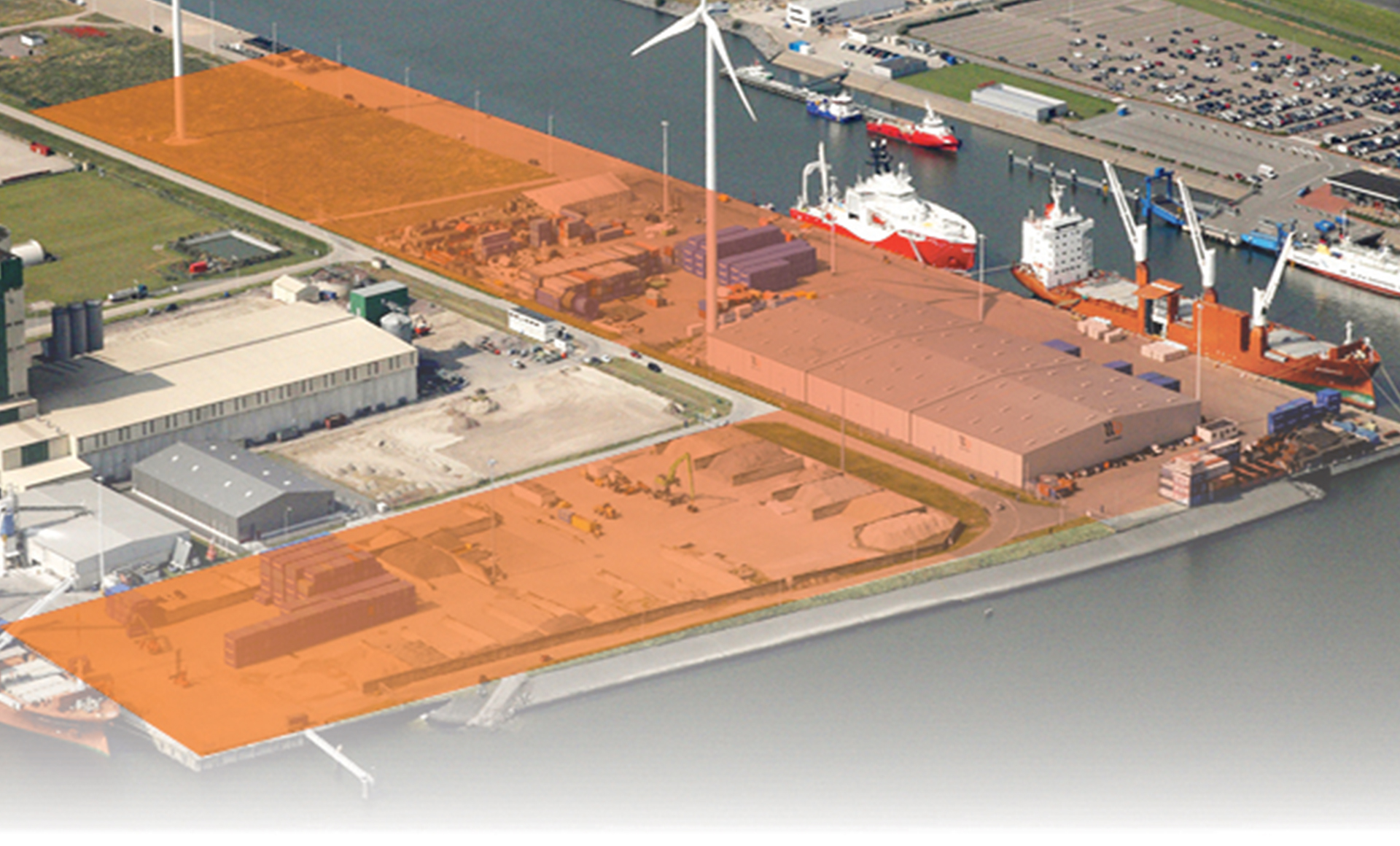 Festive reopening of the Wijnne Barends Logistics location at the Eemshaven

The Wijnne Barends terminal in the Eemshaven was reopened on Thursday 21st of June. Reason for this is the expansion of the existing site to about 10 hectares with which the company is able to operate ships in the Beatrixhaven as well as the Julianahaven. The festive opening was carried out by two gentlemen of the “Study Group Eemsmond”, established in 1966. A group of local entrepreneurs from the Eemsmond area who, unlike many administrators, saw advantages in the construction of the most northern seaport of the country.

Dick Woltjer (former Director-owner of Woltjer home store) from Uithuizermeeden and Chris Bakker (former Director-owner of Bakker’s Printing) from Uithuizen, were somewhat perplexed when they were asked by Kees van Wanrooij of Wijnne Barends Logistics to perform the opening act for the expanded location in the Eemshaven. It was 45 years ago that Eemshaven was opened by Queen Juliana on 7th of June 1973 and the 15 (then only) men of the “Study Group Eemsmond”, intended or not, were not invited. This whilst the gentlemen undertook the necessary actions to support the construction of the port from 1966 onwards, six months after the Provincial Council of Groningen decided to found the Eemshaven. Local authorities who found the construction of a sea port important for the developmant of the Northern part of the Province of Groningen, encouraged the group of entrepreneurs. They, of course, were also partly depending on its succes. Visits were brought to ports of Antwerp, Amsterdam and Rotterdam, provincial authorities and also radio- and TV-stations. All to ensure that resistance against the construction of a sea port was nipped in the bud with reason.

The final result of the many efforts the Study Group has undertaken to enable the build of the Eemshaven is now, many years later, a reality. Through the act of unveiling a life-size work of art which depicts the Study Group, Wijnne Barends hopes to give the group the recognition they deserve (posthumously).